Things improved dramatically for Patrick Murphy’s Team 24 in week three. A 5-0 weekend record will do that when your first two weekends saw you go 1-3 and 3-2. The Crimson Tide’s season record now stands at 9-5.

Alabama softball concluded its weekend at the Easton Bama Bash Sunday with another lopsided victory, shutting out Louisville, 10-0, in five innings with a game-ending three-run home run from sophomore Skylar Wallace providing the exclamation mark on the run-rule victory.

A trio of home runs led Alabama baseball to a 5-1 victory over UNLV on Sunday afternoon at Earl E. Wilson Stadium. The three-game sweep of the Rebels moved the Crimson Tide to 7-0 on the season.

With its NCAA tourney hopes on life support, Alabama got a key SEC road win at Ole Miss Saturday night. The final was Alabama 103, Rebels 78.

Make your predictions before the start of the men's basketball game at 7:30 Saturday night.

Alabama baseball finished Friday’s doubleheader with a two-game sweep and clinched the series win over UNLV. The Crimson Tide took game one by a score of 8-0 before a late-game comeback helped UA to a 5-4 victory in the day’s second matchup. Following the pair of wins, Alabama is now 6-0 on the season.

Alabama softball persevered through chilly weather in its home opener Friday at Rhoads Stadium, powering past Wichita State, 13-2, before shutting out Penn State, 5-0.

Saban keeps the game in perspective

At the FCA meeting in Tuscaloosa on Thursday night, Alabama head trainer Jeff Allen did a great job presenting some of his testimony and sharing encouragement with the coaches/athletes in attendance.

TI has been reporting that our sources were telling us that they expected Tide offensive coordinator Steve Sarkisian would stay at Alabama rather than take the head coaching job at Colorado. Chris Low of ESPN is among those now reporting that Sark has decided to remain in Tuscaloosa.

Nick Saban won't be looking for another offensive coordinator. Steve Sarkisian, who had emerged as a top target for the Colorado head job, will remain at @AlabamaFTBL and is expected to get a raise making him one of college football's highest paid assistants, sources tell ESPN.

TI has been working sources this morning for the latest on Alabama OC Steve Sarlisian's candidacy for the head coaching vacancy at Colorado.

Rodney joined hosts John Longshore and Barry McKnight on WMSP 740 AM in Montgomery to discuss the latest on Alabama's football coaching staff. Here is that interview.

After leading for the first 17 minutes of the second half, the Alabama men’s basketball team allowed a late 12-0 run and came up short against Texas A&M, 74-68, in Coleman Coliseum Wednesday night.

Alabama offensive coordinator Steve Sarkisian interviewed for the head coaching vacancy at Colorado on Wednesday. Late Wednesday afternoon, a source close to the UA program told TI that Sarkisian was expected to stay at Alabama. At the time, the source did not expect Colorado to extend Sark an offer. This evening, Dennis Dodd of CBS Sports is reporting that Sark "could be the frontrunner" for the Colorado job. Other top candidates include Air Force head coach Troy Calhoun and former Arkansas head coach Bret Bielema.

A pair of four-run innings helped Alabama baseball secure the 10-3 win over Alabama State on Wednesday afternoon at Sewell-Thomas Stadium. With the victory, the Crimson Tide improves to 4-0 on the season.

Make your predictions before the start of the men's basketball game at 6:00 Wednesday afternoon.

Presented by WVUA 23, the home of TI TV. 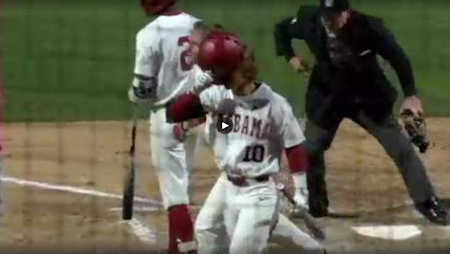 Here are some questions from TI members about the off-season progress of several Tiders.

Here are five players from Alabama's 2019 class that could take the next step in 2020.

Two University of Alabama men’s basketball players have won the league’s weekly awards as guard Kira Lewis Jr. was named the Southeastern Conference’s Player of the Week and guard Jaden Shackelford earned the league’s Freshman of the Week, which were both announced by the conference office Monday.

Rodney joined host Gary Harris on Tide 100.9 to discuss the latest on Alabama football. Here is that interview.

Things got better in week two for Team 24, but their weekend in Clearwater, Fla. at the St. Pete/Clearwater Elite Invitational tourney began with a bang and ended with a whimper.

Despite falling behind early, Alabama baseball battled back for a 6-3 win over Northeastern on Sunday at Sewell-Thomas Stadium. The sweep pushed the Crimson Tide’s record to 3-0 after Opening Weekend.

Needing a Quadrant One win in the worst way to keep its NCAA hopes alive, the Alabama basketball squad of Head Coach Nate Oats got just that against No. 25 LSU. The final from Coleman Coliseum before a lively crowd of 12,479 was Alabama 88, LSU 82.

Alabama shuts out Northeastern on Saturday

Another day of impressive pitching, combined with big offensive innings, led Alabama baseball to an 8-0 shutout of Northeastern on Saturday at Sewell-Thomas Stadium. With the win, the Crimson Tide secured the series victory and improved to 2-0 on the young season.

Alabama falls to Oklahoma State to close weekend in Clearwater

Alabama had the potential go-ahead run at the plate in the bottom of the sixth but the late rally fell just short as Oklahoma State edged out Alabama, 4-1, Saturday afternoon to close out play at the St. Pete/Clearwater Elite Invitational.

Freshmen shine in shutout of Northeastern on Opening Day

Alabama baseball blanked Northeastern, 10-0, on Friday night at Sewell-Thomas Stadium thanks to major contributions from the Crimson Tide’s freshmen.

Make your predictions before the start of the men's basketball game at 3:00 Saturday afternoon.

Softball wins two in Clearwater Thursday, shuts out No. 1 Washington

Alabama softball earned a pair of wins Thursday to open play at the St. Pete/Clearwater Elite Invitational, defeating Liberty 7-1 before posting an 8-0 shutout in five innings over top-ranked Washington.

An early glimpse at spring football

Sophomore guard Kira Lewis Jr. recorded the program’s second-ever triple-double and the Alabama men’s basketball team set a pair of school and conference records, but it was not enough as it dropped a heartbreaker in overtime, falling 95-91 at No. 11/11 Auburn on Wednesday night.

Breaking down the 2020 Crimson Tide

Rodney joined host Jacob Harrison, filling in for Ryan Fowler, on The Game on Tide 100.9 in Tuscaloosa to preview spring football practice.

Make your predictions before the start of the men's basketball game at 6:00 Wednesday afternoon.